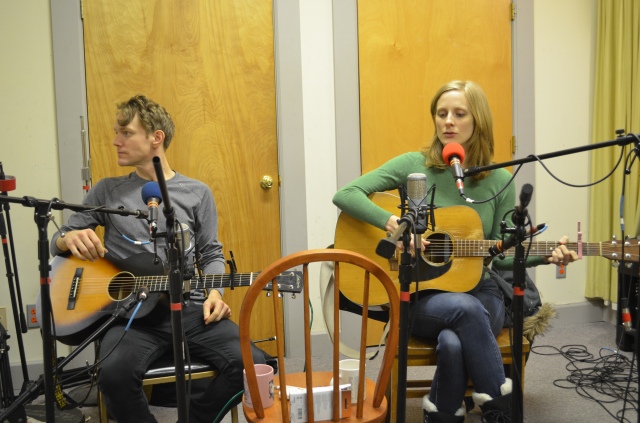 It’s rare these days to hear new music that has a signature style so unique, hypnotizing, and intense that I’m compelled to want to hear more. That was my experience when I listened in on this episode as Executive Producer, Rich Reardin, interviewed in studio guests Mellisa McLelland and Luc Doucet of the Canadian duo Whitehorse.

Rather than go into detail as I have in the past about early musical memories and influences, I’m choosing to focus on some of their musical accomplishments and the commonalities they shared as solo artists to what they represent today. By doing this I hope to give you a glimpse into how their careers were so intertwined over the years that it should be no surprise that their relationship would evolve from a professional (it still is) one to a personal union resulting in marriage, and eventually the birth of Whitehorse. Why is their music garnering such rave reviews in Canada and the US right now?

Luc Doucet and Mellissa McLelland have carved some deep groves in the Canadian musical landscape over the years. Between both of these acclaimed solo artists, they released a combined total of 10 albums. She was a sought after vocalist/songwriter and collaborated with Canadian greats: Blue Rodeo, Ron Sexsmith, Jesse Cook and Sarah McLachlan. She penned ‘complex lyrics’, her vocals were effortless and her music described as: “Folk, Rocks-Y-Folk, Country, Dixieland, Chamber Pop, High Lonesome Twang and Blues.” Luc Doucet was a primo guitarist with a lean towards rock, blues and country. He was a member in two bands before going solo and secured himself firm footing as a guitarist with Sarah McLachlan’s band at the age of 19. It wasn’t until he was in his 20’s that a personal shift took place and he began to take songwriting seriously developing his own style, and went on to build himself a solo career.  He was also very active in producing the works of other artists.

Aside from both lending their talents to playing along side Sarah McLachlan on her tours and guest appearing on each other’s shows over several years, Luc Doucet also became a producer of Mellisa McLelland’s last three albums. It was through these years of shared experiences and getting to know each other musically that the partnership between them became personal culminating in a marriage, and in 2011 they fused their talents to form Whitehorse.

Since 2011, they have released three albums. Their debut self-titled album, ‘Whitehorse’, contained “reworked songs” of both artists. In early 2012 they released a short live EP, ‘The Road to Massey Hall’, paying homage to great Canadian artists having graced the stage of the iconic Toronto landmark venue. Their true signature album, however, ‘The Fate of The World Depends on This Kiss’ (gotta love the title), also released in 2012, is the album that has garnered this duo critical acclaim on both sides of the border. It’s musically unpredictable, lyrically rich, and really showcases how they creatively blend their talents instrumentally and vocally. My personal favorite is Achilles Heel. (Fantastic black and white video available on their website)

What makes Whitehorse unique, aside from their music, is the use of a looping device during live performances. My interest was piqued as they described how the process is done recording live passages of various instruments/vocals, layering and looping to create a full band sound. Nothing is prerecorded and each show is different. I still had a hard time visualizing this but luck would lead me to finding a video on their website called, ‘No Glamour In The Hammer’, which provides a great visual of the process using instruments beginning with a kick drum.  I also viewed another video of an acclaimed violinist using a similar device so I will include both videos at the end of this entry for viewing. It obviously takes coordination and timing to incorporate this into a live performance so I can understand why they say no two shows are alike.

It was a pleasure, as always, listening in on this episode as the music of Whitehorse has provided a different twist from what has been featured lately. It’s also been a learning experience. Hopefully this fantastic duo will make another trek through the Ottawa Valley and make a pit stop at the Neat Coffee venue for a show. This time I’ll be one of the first in line to get tickets. 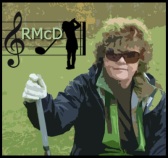 P.S. Here’s the video’s.
GLAMOUR IN THE HAMMER